It was in the 16th century that the pashminas shawl industry began to develop in Kashmir, but they were not embroidered until much later, around 1803. Until then, the multicolored motifs with which they are adorned were painstakingly woven. handmade according to the principle of twill tapestry (which today corresponds to kani weaving), requiring a tremendous time of realization and the efforts of several craftsmen. At the beginning of the 19th century, the demand from Europe explodes, and in order to reduce this production time and the exorbitant costs that come from it, comes the idea of ​​reproducing their complex and colorful patterns inspired by nature by the embroidery to the needle: a new art is born!

It is extraordinary to note how, regardless of the time, pashmina has always been able to adapt to the fashion and taste of the market, retaining over time its aura of luxury accessory object of all desires. This has never been more true than in our time when factories and industrial production have become the norm: the ancestral craft traditions perpetuated by Kashmiri craftsmen raise their extraordinary know-how to that of the greatest Haute Couture houses. and the embroidered pashminas continue to cover the shoulders of the princesses of this world …

Over time the know-how of the embroiderers has been perfected, reaching an unequaled level, and the embroidered motifs which at first were limited to reproducing those of twill tapestries reinvented themselves, always inspired by nature but conquering small little by little their own identity. Here are the main ones:

NEEM DAR: The shawl is embroidered all around a band more or less wide which is an interlaced pattern. Also called Dor Dar or Bale dar depending on the thickness of the embroidered band. 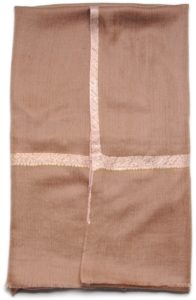 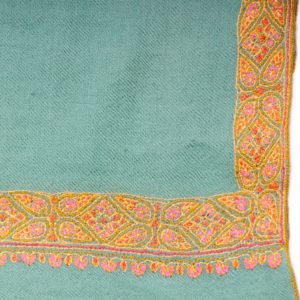 HASHI DAR: Extremely popular, this pattern features an embroidered band all around, embellished with the four corners of a stylized paisley flower, also called boteh. 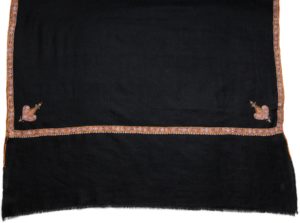 BOOTI DAR : this pattern sprinkles the surface of the shawl at regular intervals. It can be flowers, leaves, butterflies or paisleys, of variable size. 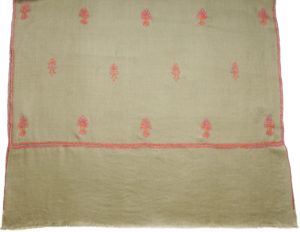 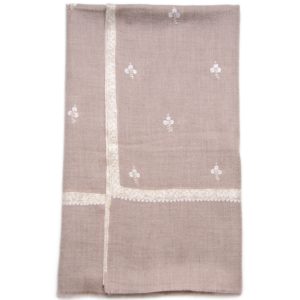 PALLA : the shawl is embroidered with a broad border of motifs intertwined at both ends, while the sides are bordered much more soberly. 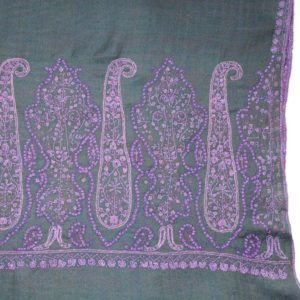 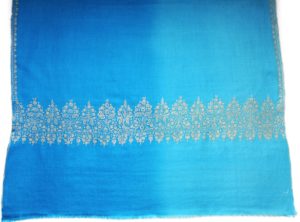 JAALI : this intricate pattern of intertwined flowers or foliage develops on the entire shawl. Its quality depends on the fineness of the embroidery pattern, its reversible effect or not and the contrast of the different colors used. 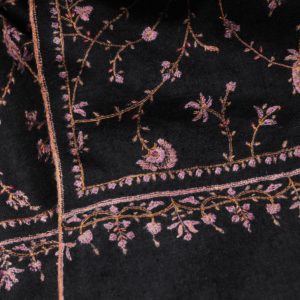 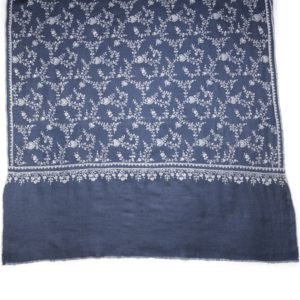 JAMAWAR : The pattern is so rich and intricate that the embroidery completely covers the shawl to hide the pashmina. The most talented craftsmen manage to reverse as much as the place and make shawls completely reversible. Qualified “masterpieces” by the Indians, these exceptional pieces require at least a year of work for their realization … Masterpieces that wealthy families offer at weddings! 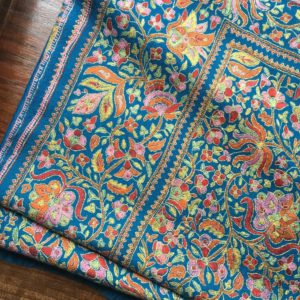 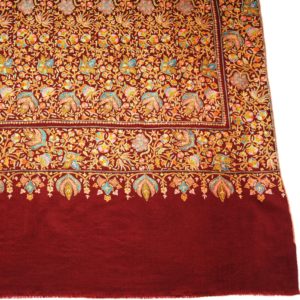 The new collection of Pashminas Embroidered One-of-a-kind is online, shawls and stoles in real pashmina 100% cashmere of the Himalayas patiently embroidered by hand by our craftsmen for months … Will you recognize the patterns?